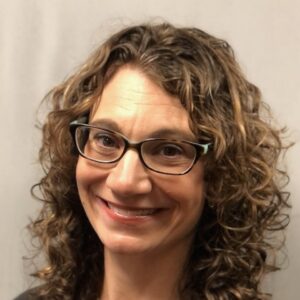 Teri is a physical therapist assistant and joined the staff at Armor Physical Therapy (formerly Agility Physical Therapy & Sports Performance) in November 2007. A native of Waterford, Michigan, she graduated with a Bachelor of Science in Exercise Science 2001 from Western Michigan University. After graduation, she worked for a local physical therapy clinic and started a Wellness Program, as well as worked as a personal fitness trainer at West Hills Athletic Club. Teri went on to graduate from Kellogg Community College’s Physical Therapist Assistant Program in 2004.

Teri has pursued advanced training in extremity and spinal techniques through Great Lakes Seminars, as well as training in Pilates techniques. In 2009 and 2015, Teri was named Outstanding Clinical Instructor from Kellogg Community College for her recognition and dedication to working with PTA students. In 2010, she was also recognized by the American Physical Therapy Association for having Advanced Proficiency in Musculoskeletal Conditions. Teri has also lectured on injury prevention to local runners, triathletes, baseball players, figure skaters, and dancers. Teri has a published article in PT Magazine.

Teri is a former triathlete and runner competing in various distances, including multiple half marathons and a marathon finisher. She currently is part of the Performing Arts and Dance Medicine team specializing in the rehabilitation of injuries related to cheerleading, various forms of dance and figure skating.