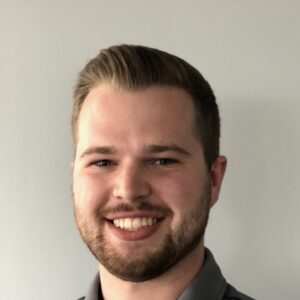 Ryan is a physical therapist and joined the staff at Armor Physical Therapy in August 2019. He graduated in 2019 from Grand Valley State University with a Doctorate in Physical Therapy. Ryan did his undergraduate education at the University of Michigan School of Kinesiology with a Bachelor's of Science in Movement Science in 2015. He also played trumpet in the Michigan Marching Band. Ryan was born and raised in Portage, MI, graduating from Portage Northern High School in 2011, having played golf, basketball, and was a member of the marching band. He developed a passion for Physical Therapy following a few knee surgeries and his love of all things sports. He is an avid golfer, having played nearly every course in the greater Kalamazoo area at least once. Ryan specializes in orthopedics, loves working with athletes, and rehabilitating people back to their passions, no matter what those passions may be. He has also completed advanced training in vestibular therapy, balance and gait training, and running gait analysis. In March 2020, Ryan completed certification in dry needling. Also, Ryan completed his Level 1 Certification through the Titleist Performance Institute in August 2020.