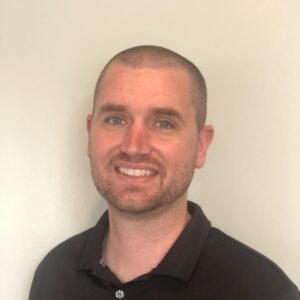 Jason is a physical therapist assistant and joined the staff at Armor Physical Therapy in December of 2018. Jason is a native of Tecumseh, Michigan, he graduated with a Bachelor of Arts in Physical Education in 2007 from Albion College where he played soccer for 4 years. After graduating from Albion College, he worked as a youth soccer coach for Ann Arbor Arsenal, Vardar, MI Rush and Ann Arbor Tigers until 2017. During his time coaching soccer Jason pursued his Associates of Science in Physical Therapy Assisting from Profession Skills Institute in Toledo, Ohio. After graduation began working for Probility Physical Therapy in Ann Arbor from 2012 to 2018.

Jason has pursued advanced training in extremity, spinal techniques, and vestibular rehab through Great Lakes Seminars. In May of 2018, Jason moved to Kalamazoo to open the US Cryotherapy Center with his business partner Dr. Blake Upston. He continues to operate that business in addition to being part of the Armor PT team at the Kalamazoo location.

Jason now enjoys spending his time with his wife and daughter Isabelle, running, and playing golf in his free time.